Climate Change and Gastrointestinal Health. Time to Educate and Advocate 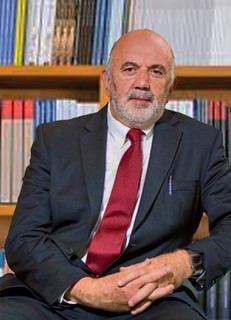 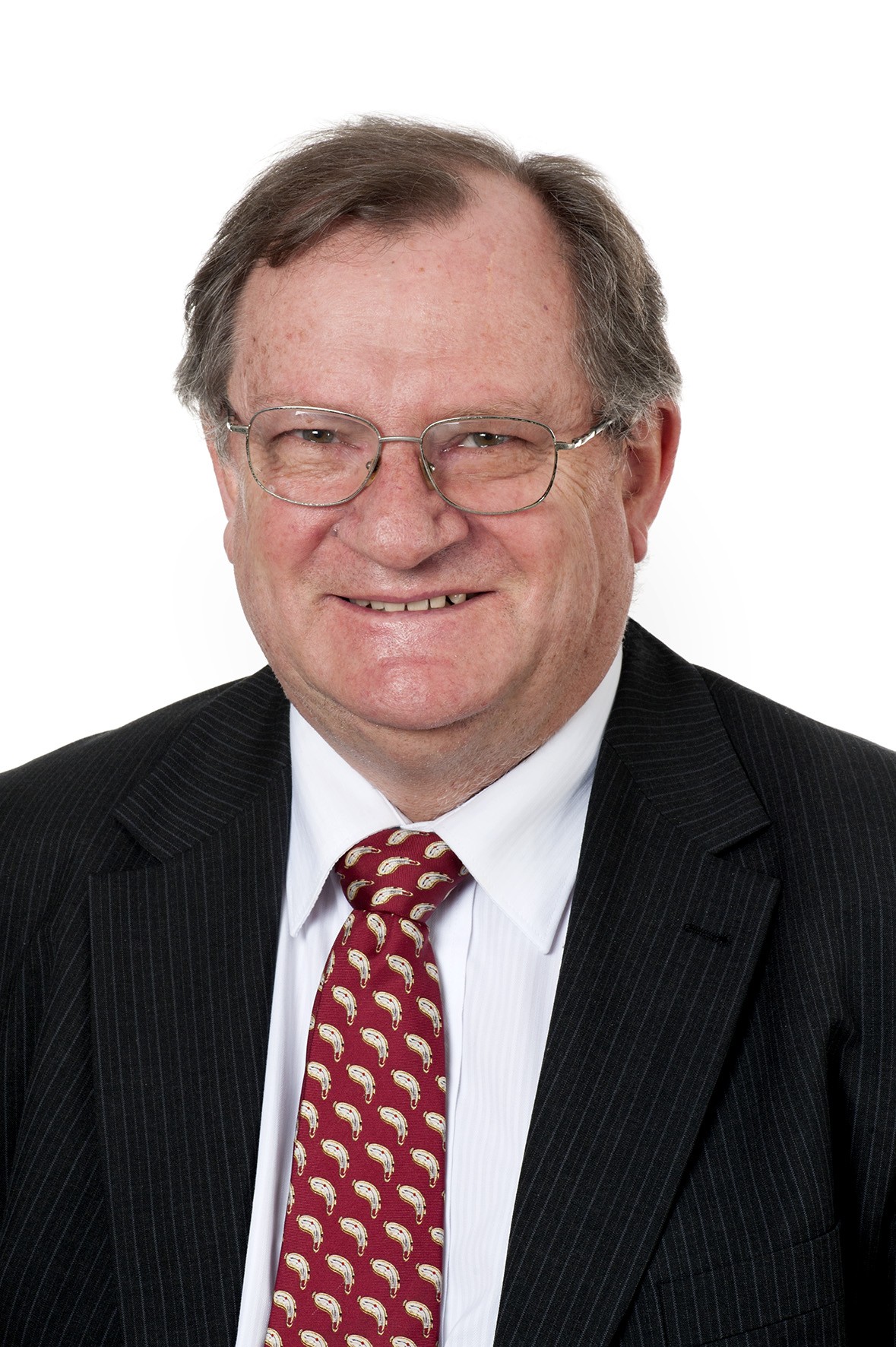 
The world empathizes with the Australian people and grieves the loss of human life, flora, fauna and habitat. We are connected to our Australian colleagues not only by our shared distress but by the air which we breathe, as evidenced by the National Aeronautical and Space Administration satellites, which show smoke from the fires circumnavigating the globe.1

Bushfires are a normal feature of the Australian climate. However, the severity of the fires and their extent so early in the season is outside the norm. Extreme climate events,2 sustained high temperatures, and dry conditions are a feature of global warming. It is not unreasonable to posit a link between rising global temperature and the fires devastating parts of south eastern Australia.

One of the events of 2019 was the emergence of a global movement, inspired in part by the Swedish teen Greta Thunberg, demanding action on the climate crisis. It was 1896 when another Swede, Svante Arrhenius, published a landmark paper3 in which he theorized that increasing CO2 concentrations in the atmosphere, as a result of industrial output, would lead to a rise in atmospheric temperature.

CO2 is one of the greenhouse gases (GHG). Its molecular structure allows it to capture solar energy which would have been reflected back from the earth into space. As energy is absorbed by CO2 it leads to an increase in atmospheric temperature. Since the start of the industrial revolution humans have put 900 billion tons of CO2 into the atmosphere.2 Most of the CO2 originates from our preferred energy source, fossil fuels. The oceans have absorbed some of this, but much has remained in the air. At the start of the industrial revolution the concentration of CO2 in the atmosphere was about 280 ppmv (parts per million by volume). It has risen every year since 1958, when continuous measurements were first made, and is currently over 410 ppmv, a concentration which has not been seen in the last 800,000 years.4

In 1988, in response to increasing concerns about global warming, the United Nations and the World Meteorological Association formed the Intergovernmental Panel on Climate Change (IPCC). The IPCC does not perform independent research but gathers the evidence as it emerges, brings scientists together, and issues reports which inform decision makers.

In 2005 the UK government convened a meeting which agreed that holding warming to 2˚C was a reasonable target. Below 2˚C it was felt that there would be winners and losers but above 2˚C we all lose. There is now strong evidence that global mean temperature has risen by about 1˚C compared to the preindustrial age and that this rise in temperature is related to rising levels of CO2 and other gases in the atmosphere5. The extreme events in Australia are occurring at half the temperature rise which was felt to be an acceptable target. This does not bode well for the consequences of the next 1˚C rise.

Our response to this rising temperature has been tepid. We are not decreasing CO2 output but increasing it, year over year. Consequently we are on track to go beyond a global mean rise of 1.5˚C by the end of the decade, or sooner.

The IPCC has reported on the effects which will be seen at a rise of 1.5˚C and 2.0˚C. Physicians should make themselves familiar with this since there are major health implications which will affect every nation. The report is comprehensive and dense, but the executive summary is easily read. The world is not a homogenous place in terms of current climate, socioeconomic status, infrastructure and ability to adapt. The impact of climate change varies not only by geography but by population. It is complex but the report spells out anticipated changes by region.

Why is climate change referred to as a climate crisis? The IPCC projections have limitations. Some parts of the world have limited data points, the timeline over which some measurements are available is short. The projections are, therefore, given with varying degrees of certainty. The projections have been criticized for being too optimistic thereby fueling complacency and postponing meaningful action. In addition, there are tipping points in ecological systems which may trigger catastrophic feedback loops.6  The Canadian Arctic, for example, is warming at twice the global average. Biological material currently sequestered in permafrost is being released as CO2 and the even more powerful GHG, methane. This leads to a rise in temperature and even more GHG release. Permafrost emissions, even with low temperature rises, could be as much as 100 billion tons. There are many other systems whose collapse may trigger catastrophic cascades including the Arctic, Antarctic and Greenland ice sheets, the Amazon rainforest, and the Atlantic Gulf stream circulation. Humanities ability to determine the future of our climate may be taken out of our hands very quickly and without much more warning than we have already been given.

Climate change has many aspects one of which is that it is a major health issue. Gastrointestinal health is vulnerable to climate change in a number of ways. Given that developing world countries will be severely affected by climate change and that their health systems already struggle with demand, we can predict that the challenges will be most pronounced there.

Nutrition and malnutrition are core issues in gastroenterology. Food security will be affected by rising temperatures and changing precipitation. The effects will vary by geographic location and crop type. Some areas, such as those in high latitudes, may experience increased crop yields but overall as temperature rises, yields will fall. The IPCC report concluded that “increasing global temperature poses large risks to food security globally and regionally, especially in low latitude areas.”7 More than 815 million people were undernourished in 2016. Many millions more will be at risk of starvation or malnutrition as temperatures rise.

Access to adequate amounts of clean water is essential to human health. Contaminated water is a potent source of infection, contributing to diarrheal illness with resultant morbidity and mortality, especially in children in developing countries. The effects of chemical contamination are less well known but are important.  We do not know, for example, the effects which run off of chemicals used, or released, in the Australian fires will have on water supplies. The IPCC estimates that 80% of the world’s population already suffers from serious threats to its water security.8 The IPCC also estimates that over the next decades that changes in population (growth, density, migration to cities) will have a greater effect than climate change but that climate change will exacerbate this. Based on some studies an additional 8% of the global population will experience a severe reduction in water resources at 1.7˚C degrees of warming.9

In 2014 the IPCC issued its fifth assessment report (AR5) and concluded that there was low confidence, due to limited evidence, that anthropogenic (human driven) climate change has affected the frequency and magnitude of floods10. That report also concluded that drought frequency has changed over the last decades. It is projected that drought, especially in the Mediterranean basin and West Africa will increase.

When precipitation occurs, it is generally preferable that it occurs spaced out over time rather than in torrential downpours. Water treatment and sewage systems are designed with limited tolerance for extreme events. Evidence continues to grow but there is concern that the frequency of heavy rainfall events will increase in many areas.11 Reports of outbreaks of gastrointestinal illness associated with high effluvial events are appearing from both developed and developing countries.12

Infrastructure is critical to the delivery of gastrointestinal care in many countries. Gastroenterology procedures require buildings, electricity, and clean water. Severe storms can destroy infrastructure and cause health care disruption. Hurricane Katrina impacted one of the wealthiest countries in the world with virtual collapse of care in a major urban center. Surprisingly the evidence linking global warming to the frequency of tropical cyclones (hurricanes and typhoons) is not convincing.13 With regard to storm intensity however, most studies report an increase in the occurrence of very severe storms in particular for the North Atlantic, North Indian and South Indian ocean basins. These intense storms are hugely destructive and can cripple health care systems, bringing the practice of diagnostic and therapeutic gastroenterology to a halt.

The oceans cover over 70% of the earth’s surface and have thus far limited the rise in atmospheric temperature and CO2 levels. The oceans are now at the warmest ever recorded in human history.14 Warm water expands and this combined with increased ice cap runoff has led to a rise in ocean level. Changing water temperature contributes to ecosystem loss, migration of fish with resultant loss of aquatic food sources and bleaching of reefs. Changing water level will physically threaten low lying islands such as those of the South Pacific, lead to a loss of coastal arable land, and contamination of groundwater.

As temperature rise alters habitats, there will be changes in the distribution of some GI diseases. For example, the Baltic Sea is an increasingly fertile ground for the emergence of cholera.15 The Vibrio organism thrives in warm water of reduced salinity. Warming temperatures in the Baltic combined with increased freshwater runoff are combining to produce favorable conditions.

Solutions to the crisis are possible but complex. They involve reducing GHG emissions, removing GHG from the atmosphere and mitigating the damage which is already under way. How can we persuade the developed world to reduce its emissions? How can developing world nations, which have not proportionately contributed to the crisis, be asked to restrict growth in the face of their citizens ongoing poverty and deprivation?  Developing world countries can, quite rightly, point out that they are not responsible for the current load of GHG and they may not accept restrictions on growth.  Developed nations may not be willing to accept a reduction in their standard of living.

As physicians our input on these issues will be limited, but important. We can do what we do well - educate and advocate. We can change our own behavior 16, and urge our peer organizations to form climate action groups. We as WGO can educate ourselves and others, we can speak as advocates for our populations and lobby our political leaders to move from alarm to action. We can contribute to the research gaps in the area of health and climate.

It is late in this crisis, but it may not yet be too late. Silence on this issue from the Gastroenterology community is no longer a reasonable stance.