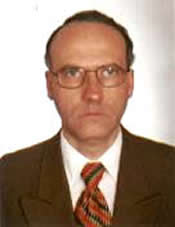 Irritable bowel syndrome (IBS) is a very common condition everywhere (despite differences in reporting prevalence across the world) 1 and gastroenterologists are challenged daily with issues linked to persistence of symptoms and resistance to therapy. This is a functional gastrointestinal disorder;2 both patients and physicians associate the digestive symptoms of abdominal  pain and changes in frequency of bowel movements/consistency of stool with food intake.

Indeed, the association between the type of meals and the digestive symptoms is so obvious that all patients are aware of this. This is encountered in most digestive conditions: gastroesophageal reflux disease, dyspepsia of all causes, malabsorption, etc. Therefore, when gastroenterologists consult patients with suspected or confirmed IBS, they have to inquire if the patients may attribute their bowel symptoms to a certain category of food. If an association exists, physicians should decide if the symptoms represent the expression of IBS another condition, like disaccharides intolerance, celiac disease, food allergy, etc.

Strategy of the dietary recommendations in IBS

Knowing what foods our patients consider to be harmful is of paramount importance because thanks to this we can decide what to recommend to our IBS patients. Indeed, dietary indications are not only a must for the management of every IBS patient, but are one of the most expected recommendations from our patients who consult us.

Getting information about patients’ dietary habits is usually possible during the interview for taking the medical history via directed open questions. Using lists of foods to be ticked off by the patient or analyzing alimentary diaries is also possible but rather more useful for research, less for daily practice.

Thus, one should follow several steps during the medical interview of our IBS patients (table 1):

Which foods are incriminated by IBS patients? Effect of FODMAPs

Presently the most incriminated foods in IBS are the so-called FODMAPs. This is a quite recent acronym for fermentable sugars and alcohols. FODMAP stands for Fermentable Oligosaccharides, Disaccharides, Monosaccharides and Polyols.3  Indeed, there are many empirical reports of worsening IBS symptoms related to  fermentable food. Fermentable oligosaccharides include very poorly absorbed carbohydrates like short chain fructooligosaccharides or fructans; galacto-oligosaccharides; lactose; fructose; polyols include sorbitol, xylitol, maltitol etc. These compounds are found in many foods like cereals, legumes, vegetables, fruits.

With respect to the role of FODMAPs in the managing of IBS symptoms, there is a growing body of evidence supporting the efficacy of the low FODMAP diet.5  Advising our patients with IBS to decrease their intake of FODMAPs has been reported to reduce abdominal symptoms in 2 to 4 weeks.6

There are also other opinions stating that it is not only the composition of food, i.e. the FODMAPs composition is important, but also the regular healthy dietary advice7: regular meals, low consumption of caffeine and alcohol, fat avoidance. There are also concerns about an excessive low FODMAPs diet, which could lead to hypocalcemia, low intake of fibers and changes in gut microbiota.8   Note that experts suggest that patients adhere to a strict FODMAP diet for no more than a few months.

Beside the fermentable carbohydrates and alcohols, general dietary recommendations are important and patients should respect them.

Like for healthy people or for many other patients, having regular meals at precise hours, in a comfortable environment, without hassles and stress are important for the well-being.

Both are very frequently consumed foods; in patients with associated gastroesophageal reflux disease, patients should avoid coffee. Otherwise there is no reason to forbid coffee in IBS patients (except for the few who claim diarrhea after coffee ingestion). Tea has also no implication in IBS; if digestive symptoms occur after tea consumption, the nature of the symptoms should be clarified. Use of coffee and tea should be left to the options of the patients.

In alcohol-consuming IBS patients, the use should not be forbidden if it is not linked to symptoms (empirically more frequently observed diarrhea). Of course the use of alcohol should be in generally accepted amount and not in excess.

With the actual interest on gluten sensitivity induced by mass-media, many IBS patients give up from own initiative the consumption of gluten. However, there is no argument to forbid gluten unless there is associated sensitivity, because the role of gluten in IBS is not at all proven.9  Even if patients affirm they feel better with a gluten-free diet, the role of the placebo effect has to be considered. It is recognized now, however, that there is an entity of non-celiac gluten hypersensitivity.

The alimentary pyramid of IBS patients

Given the importance to advise the patients what to eat, and not only what to avoid, we created a pyramid of food to be recommended to IBS patients, according to available evidence.5

According to this pyramid, the food that IBS sufferers should consume are presented in table 2.

General recommendations instead of conclusions:

Diet represents a major point of attack in the management of IBS. Dietary recommendations should be individualized, based on evidence and not dogmatic. Principally healthy meals are as important as in any other disease or in healthy population. Food should be nutritious, balanced and healthy. Intake of FODMAP containing foods should be reduced, at least temporarily. Ingestion of meals including alcohol and beverages should respect general healthy indications and adapted to individual preferences or intolerances, without causing nutritional deficiencies.