The burden of viral hepatitis A, B, and C has been steadily increasing over the years and these were listed on almost 3.5 million ambulatory care visits and 475,000 hospital discharges in 2004 with a 4-fold increase in rates during the preceding 10 years.

HCV is a global health problem with almost 170 million carriers worldwide and approximately 3-4 million new cases a year. HCV along with alcohol has been the leading cause of liver related mortality in developed countries. Of 30,933 deaths considered to be from chronic liver disease in 1998 in the USA, approximately 15% were attributed to hepatitis C. The number of persons infected with HCV has been projected to increase considerably before reaching a peak by 2015. Of the 12,656 death certificates that listed viral hepatitis in 2004, 42.6% listed hepatitis C as the underlying cause, resulting in 101,800 years of potential life lost before age 75 years 1. The epidemiology of hepatitis C in India has not been studied systematically and most of the prevalent studies have been based in blood banks. The reported prevalence from India varies from 0.09-7.89% and the genotype 3 is reported to constitute about 70% of all infected patients 4. The awareness about severe steatosis, disease progression and carcinogenesis in genotype 3 are becoming a concern. 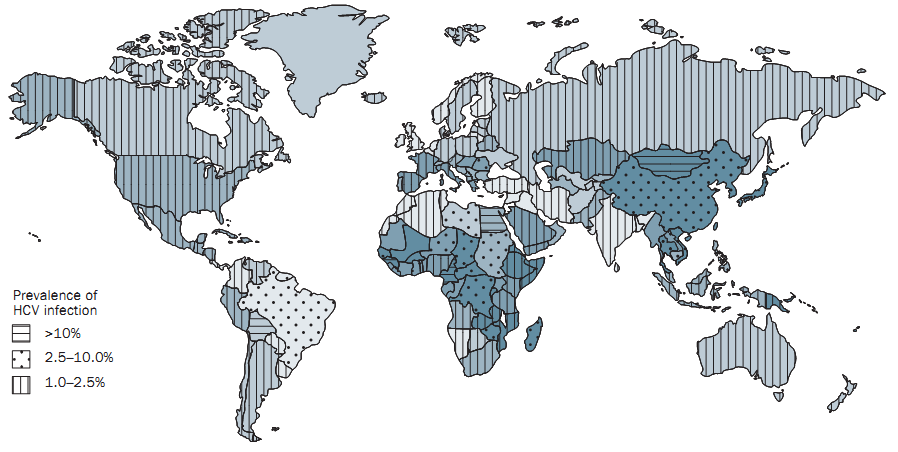 Figure 1: Prevalence of chronic HCV infection from WHO International Travel and Health. 5

HBV infection is also a global health problem, which affects almost one-third of the world’s population on the basis of serologic evidence of past or present HBV infection. Almost 360-400 million people have chronic hepatitis B (CHB). Of these, 15%-40% develop cirrhosis, hepatic decompensation, and hepatocellular carcinoma during their lifetime, the main risk factor being acquisition of infection at birth or early  childhood 6,7. HBV-related end stage liver disease or HCC is responsible for over 0.5-1 million deaths per year and currently represents 5-10% of cases of liver transplantation. The total prevalence of CHB in the United States has been estimated as high as 2.2 million 8. 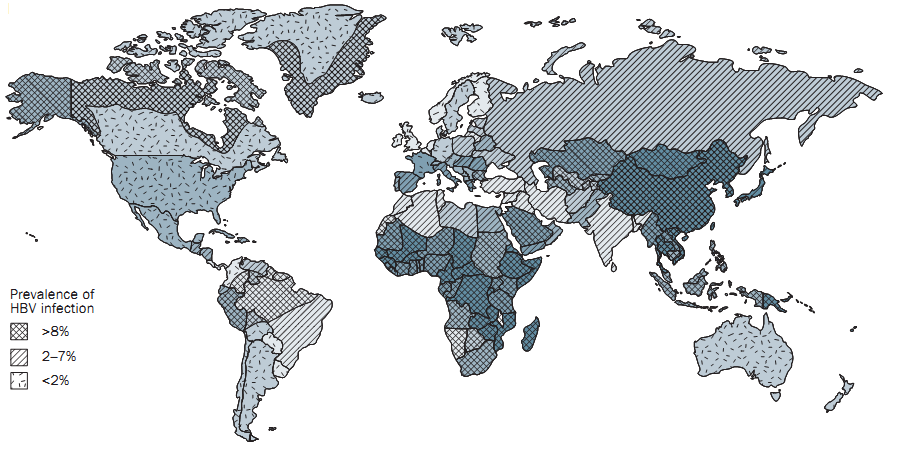 Figure 3: Prevalence of chronic HBV infection from US Centers for Disease Control and Prevention. 9

Recent years have seen an encouraging trend in decrease in the incidence of acute hepatitis B in the United States by as much as 80% between 1987 and 2004, which is attributable to effective vaccination programs as well as universal precautions in needle use, and exclusion of infected  blood donors with an overall improvement in healthcare in general. However, unfortunately these decreases in acute infections have not translated into diminished prevalence or burden of chronic HBV infection 9. It has also been reported that HBeAg negative chronic hepatitis B may have normal ALT but a significant fibrosis on liver biopsy and hence there is a possibility of missing a fair number of such patients and falsely labeling them as “inactive carrier” 10.

A total of 620,000 deaths were reported from HBV-related causes in 2000 of which 580,000 (94%) were from cirrhosis and HCC. The hepatitis B control goal is to reduce the prevalence of chronic hepatitis B virus (HBV) infection, as indicated by the seroprevalence of hepatitis B surface antigen (HBsAg), to less than 2% in children at least 5 years of age by 2012. In 1992, the WHO recommended that all countries include HBV vaccine in their routine infant immunization programs. However, in 2000, only 116 of 215 countries had such a policy. In September 2005, the WHO Western Pacific Region (WPR), with a population of 1.8 billion in 2007, became the first WHO region to adopt a regional goal of hepatitis B control 10. The key strategy for achieving the goal is universal infant immunization with three doses of hepatitis B vaccine, with the first dose being given within 24 hours of  birth.

Between 1979 and 1993, hospitalization rates with a diagnosis of hepatitis A have declined by about 75% from 6.5 to 1.7 per 100,000 population, and since then remained relatively stable through 2004. The reported mortality has also been extremely rare due to this infection seen in less than 100 cases a year. Also there is a sharp decline in incidence of the infection especially in children less than 15 years of age after introduction of the vaccine in 1995 1.

Outbreaks of this virus have been reported as unimodal outbreaks, which last a few weeks, to prolonged, multipeaked epidemics which may last for over a year. These are frequently seen in the India subcontinent, China, Southeast and Central Asia, and the Middle East. The reported prevalence rates are higher in developing countries as compared to developed countries approximately 1-20%. Contrary to this, in India and other highendemicity countries, age-specific seroprevalence rates of anti-HEV are much lower than those for HAV and infections, like Helicobacter pylori. In India HEV has been mainly reported in patients with chronic liver disease with recent decompensation and also associated with a poor outcome. Casefatality rates of hepatitis E have been reported as 0.5%-4% in hospitalized cases and 0.07-0.6% from  population surveys during disease outbreaks 13.

According to Verispan database of 2004, almost 638,000 outpatient prescriptions amounting to £573 million were for viral hepatitis which included 5 important drugs i.e. the two pegylated interferons alpha2a and alpha2b (approximately 48.3% of the total cost) followed by ribavirin (40%), adefovir (7.5%), and lamivudine (4.2%). In another study in the US it was found that cirrhotics required an annual societal cost of approximately $4,700 which is almost twice as high as the cost per individual spent on informal caregiving of age-matched elderly without liver cirrhosis. This cost was estimated by multiplying the median hourly national wage for a home health aide ($9.85) x the weekly hours of informal care giving x 52 (weeks per year) 2, 16. The total charges for hospitalizations secondary to hepatitis B have been estimated to have  increased from $357 million in 1990 to $1.5 billion in 2003 15. Also death and liver transplant waitlist registration which had been initially increasing have now reached a plateau or started to decline. Health care costs for alcohol account for $26.5 billion, of which $1.8 billion represents hospitalization costs 14. The reported national expenditure accounted by obesity varies for 5% in the United States to 2-3 % in other countries.

Hence, the staggering high cost of the medications including the need for liver transplantation directly impact the patient and remain a huge challenge in managing patients with liver disease.

To determine the exact epidemiology of NASH still remains a burgeoning challenge. There is also a dearth of data and uncertainties about the precise burden as well as trends of ALD across the world even though it has been substantial and is increasing. HCC confers a substantial burden on the economy of developing countries where viral infections like HBV and HCV are prevalent and hence it requires a global  collaboration to avert HCC by implementation of prevention of these infections to all individuals at risk. The reported incidence of HCC is also rising in developing countries due to rise in prevalence of NASH and obesity. Considering the indolent nature of most liver diseases and the associated complications it requires, early identification and preventive measures to be taken at the earliest to prevent later development of cirrhosis and HCC. 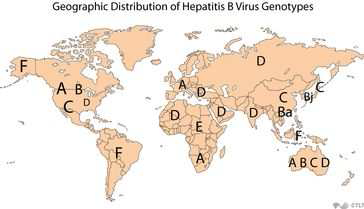 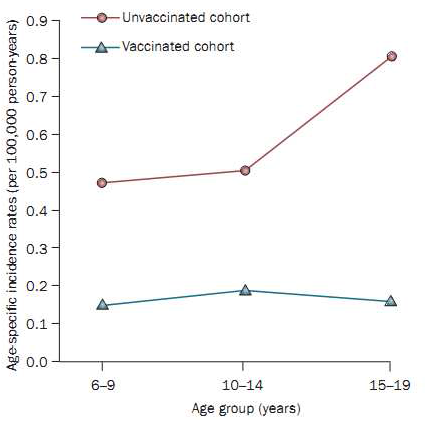 Globally, cardiovascular disease, diabetes and stroke have always stolen the limelight in chronic disease burden. The fact is that most of these conditions start with fatty liver and obesity. A concerted effort by gastroenterologists and hepatologists to develop an international network is needed to define strategies and modalities to ascertain the true burden of liver disease in specific regions, races and ages. Precise data would help develop preventive and treatment strategy guidelines for global agencies like WHO.