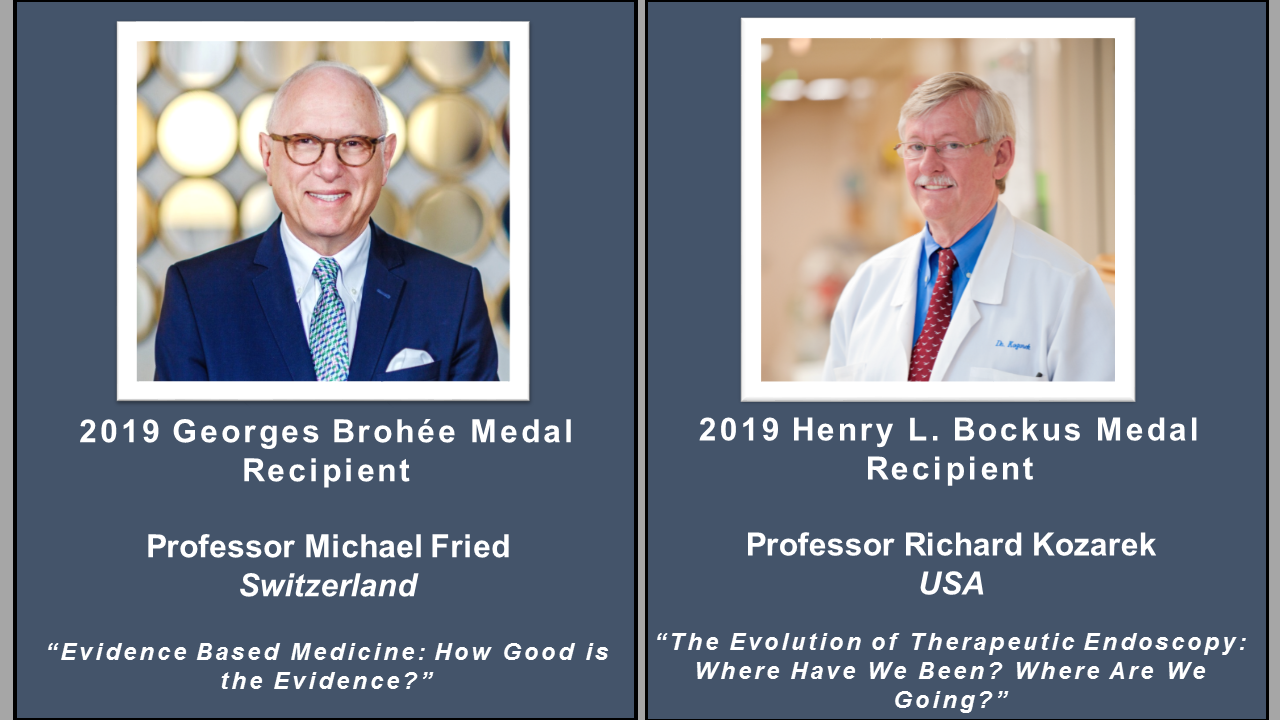 About the WGO Georges Brohée Medal and Lecture

A Brohée Lecture is delivered during each World Congress of Gastroenterology to commemorate Georges Brohée, the founder of the first International Association of Gastroenterology. The Brohée Lecturer is chosen by the WGO Governing Council from either the host country or the respective region. A Medal is presented to the nominated lecturer during the World Congress in which the lecture is presented.

About the WGO Henry L. Bockus Medal and Lecture

Dr. H. L. Bockus (1894-1982) was a leading American gastroenterologist from Philadelphia, Pennsylvania with a well-deserved reputation due to the authorship of an outstanding Gastroenterology treatise and the organization of specialty postgraduate courses at the University of Pennsylvania, which were attended by numerous physicians from North and South America as well as from Europe. He was elected President of the first World Congress of Gastroenterology, held in Washington, DC, USA on 29 May 1958. On the last day of the Congress a provisional WGO Governing Council was elected, and Dr. Bockus became the first president of what is now the World Gastroenterology Organisation. His vision to enhance standards of education and training in gastroenterology lives on today.