Eosinophilic Esophagitis: Update on Treatments for an Emerging Disorder

Eosinophilic esophagitis (EoE) is a chronic immune-mediated inflammatory condition that results in esophageal fibrosis, stricture and dysphagia. The condition was first described in the literature only recently in the 1990s. Since then, the global prevalence has dramatically increased, in part due to its increasing recognition and diagnosis. The current estimate of pooled prevalence is 34.4 cases per 100,000 inhabitants in the United States and Europe, whereas the magnitude of this condition in developing regions has not been well studied.

In first degree relatives of patients with EoE, the prevalence of EoE is 2.5% although in a recent study the prevalence of esophageal eosinophilia is much higher at 14.6%. As the recognition and the prevalence of EoE continues to rise, gastroenterologists are more likely to encounter this disease in routine practice. Fortunately, with a growing number of studies and trials, our understanding of the disease and its management has evolved significantly. In this brief update, we review the current concepts and treatment options for this emerging disorder.

EoE is primarily a food antigen driven allergic condition in which T-helper type 2 (Th2) lymphocytes respond by secreting several cytokines including IL-4, IL-5, and IL-13. These cytokines initiate a cascade of epithelial disruption, as well as attraction/activation of eosinophils (via eotaxin-3), lymphocytes and mast cells, resulting in basal zone proliferation. Chronic inflammation ensues leading to esophageal remodeling, fibrosis and stricturing. In contrast to other allergic pathways, IgE does not appear to be critically involved in EoE pathophysiology, hence why IgE-based skin and blood testing to identify food allergens in individuals with EoE is associated with low accuracy. However, there is mounting evidence for aeroallergen sensitization and an association with concurrent atopic conditions, including asthma, allergic rhinitis and atopic dermatitis (eczema).

EoE is more likely to affect white males with atopy, but varies in presentation depending on the age of the patient and duration of disease. In adults (typically third to fourth decade), symptoms include chest and/or abdominal pain, dysphagia and food impaction. In school-aged children, vomiting or pain are often present, whereas in infants/toddlers feeding difficulties and failure to thrive can be the presenting symptoms. Adolescent and adults often endorse compensatory maneuvers to avoid dysphagia/impaction such as slow eating, careful chewing, increased fluid intake during meals and food trigger avoidance (meats, breads). Thus careful history taking is important given the spectrum of clinical presentation.

The diagnosis of EoE relies on a combination of clinical and endoscopic findings. Endoscopically, esophageal changes such as mucosal edema, rings, white specks (exudates), linear furrows and esophageal stricture may be present (EREFS classification system). Esophageal eosinophilia, as defined by at least 15 eosinophils per high-power field (eos/HPF), is required to diagnose EoE. This must be present at a minimum in one of at least 6 biopsies, which should be obtained from the proximal and distal esophagus due to the patchy nature of the disease. Peripheral eosinophilia in EoE is uncommon and therefore not a sensitive enough test for diagnosis. Radiographic testing with barium esophagram may also help stage severity of disease and guide endoscopic management by characterizing stricture burden. Functional luminal imaging probe (EndoFLIP) may be used to evaluate esophageal distensibility as a marker of esophageal remodeling.

The differential diagnosis for EoE includes mostly rare conditions (achalasia, allergic vasculitis, Crohn disease of the esophagus, etc). The main exception to this is gastroesophageal reflux disease (GERD), which can imitate or overlap with EoE. Moreover, patients with esophageal eosinophilia who have a complete response to proton pump inhibitor (PPI) were previously considered to have a distinct clinical entity, labeled PPI-responsive esophageal eosinophilia (PPI-REE). However, EoE guidelines have now evolved to include patients with eosinophilia whose symptoms are responsive to PPI, making this distinction of GERD and PPI-REE less important.

Once EoE is diagnosed the goals of treatment are to prevent complications, stabilize disease, and reverse fibrosis through improvement in symptomatic, histologic and endoscopic parameters. Histologic improvement is traditionally defined as < 15 eos/HPF. Lower levels are likely associated with improved outcomes. Endoscopic improvement can be quantitatively assessed with endoscopic reference score (i.e. EREFS). Improvement in endoscopic and histologic parameters are well correlated as measures of inflammation. However, symptom improvement from dysphagia and food impaction may not be as well correlated due to residual fibrosis and persistent esophageal strictures. Therefore goals of therapy are to resolve eosinophilia and maintain adequate esophageal caliber to control symptoms. The present approach to treatment can be summarized as the 3 D’s: Diet, Drug and Dilation.

Elimination diets are the cornerstone of management of EoE and directly address the pathophysiology of the disease. Therefore they are useful for both acute treatment as well as maintenance therapy. The traditional 6 food elimination diet (milk, gluten, soy, eggs, nuts and seafood in descending order of allergy prevalence) has a clinical success rate of 70-75%%, but requires the greatest dietary restriction. In addition, it may require multiple upper endoscopies to determine recurrence of eosinophilia after re-introduction of each food group as symptoms often do not correlate accurately with histology. Therefore 2 and 4 food elimination diets of the foods with higher allergy prevalence are effective in 40% and 50% of patients, respectively, and may be considered. Dietary consultation is useful but food allergy testing is not in most cases.

Drug therapy consists of PPIs or topical steroids. PPIs (omeprazole 20-40 mg or equivalent) given twice daily for 8 weeks are effective in 40-60% of patients. In PPI responders longterm PPI therapy is effective in maintaining remission and should be tapered to the lowest effective dose. Topical steroid therapy consists of fluticasone spray (4 puffs 880 mcg BID) or budesonide (1 mg BID) liquid for 8 weeks and is effective in 60-95%. The fluticasone spray is swallowed (not inhaled) directly while budesonide is mixed into a viscous liquid before swallowing (using honey, sucralose, syrup). Patients should rinse and spit with water after steroid administration and refrain from eating or drinking for 30 minutes. Candida esophagitis complicates steroid treatment 5-10% of the time. Specific esophageal delivery formulations have been approved in Europe. Unfortunately histologic and symptomatic reccurence is common after steroid treatment is stopped and the role of maintenance treatment with topical steroids is unclear.

Success rates of endoscopic dilation are similar to diet and drug therapy. Endoscopic therapy provides immediate relief in patients with very narrow caliber esophagus who are at high risk of food impaction. The goal is to dilate to the level of a controlled mucosal tear. It can be difficult to predict at which level (axially) it will occur (Figure 1). The two primary methods are Savary bougie dilation or the balloon pull through technique, where the inflated balloon is pulled up from the gastroesophageal junction through the upper esophageal sphincter. Both methods allow for dilation of the entire length of the esophagus and provide feedback for when a mucosal tear occurs. The goal is to obtain an esophageal diameter of 15-18 mm which may need to be achieved with serial dilations. Initial concerns about higher than average perforation rates have not been borne out with experience and techniques described above. However, post-dilation chest pain is common and should be anticipated (Table 1). Dilation therapy does not address inflammation, suggesting combination with diet or drug therapy may be the most effective strategy.

EoE is a relatively recently recognized disease entity that causes significant morbidity. Its prevalence is increasing in the developed countries and likely increasing worldwide. While primarily an allergic disease, there also appears to be a familial genetic component. The 3 D’s: diet, drugs and endoscopic dilation are effective in the  treatment of this disorder for the vast majority of patients. However, recurrence is near universal and longterm maintenance treatment to control inflammation is still evolving. Understanding the principles and nuances of endoscopic dilation is important, given that most adult patients will have esophageal strictures at some point in the clinical history. New biologic treatments targeting cytokines and esophageal directed delivery medications are being investigated and will likely assume a significant role in future treatment paradigms for this disease. 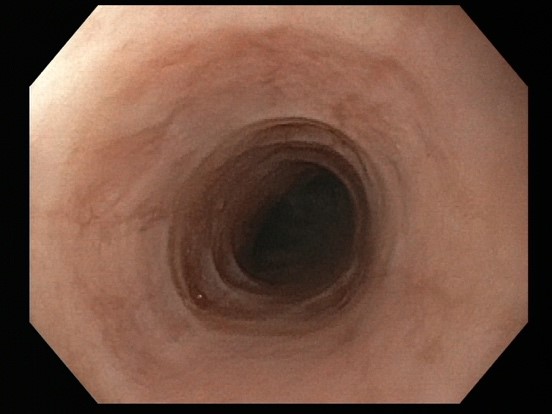 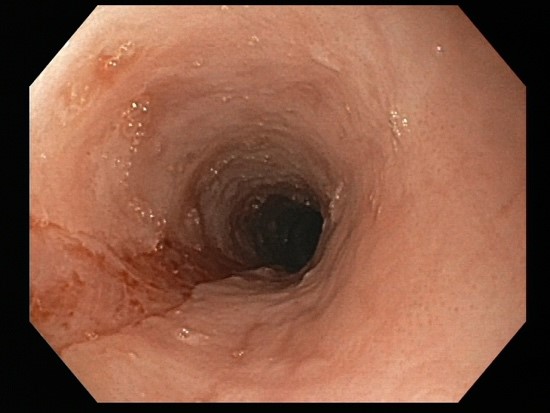